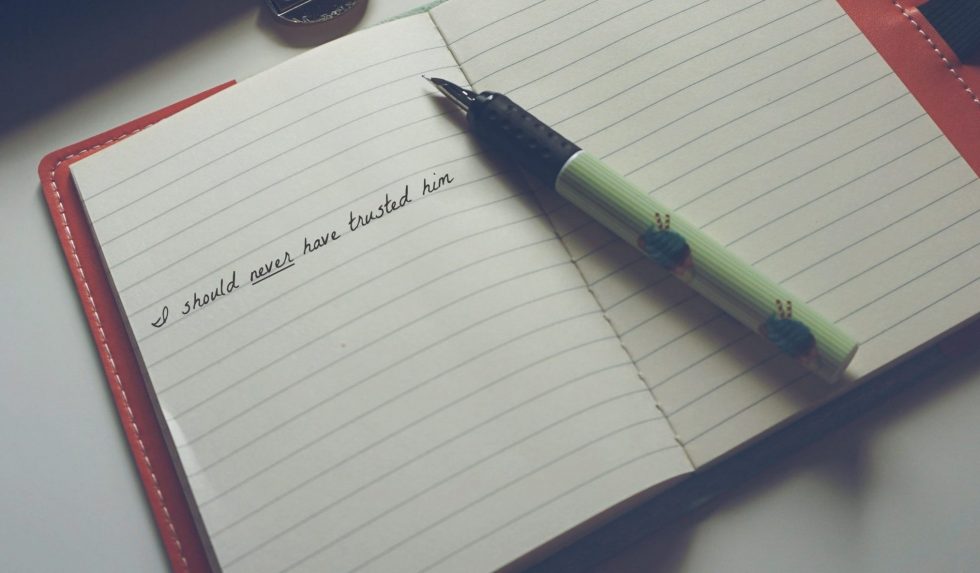 Underrated Skills: How To Break Out Of Toxic Cycles & Stop Making The Same Mistakes

Most of us are honestly quite terrible at learning from our mistakes. We like to think that we’re pretty good at it. But in reality, we suck big time. We end up dating the same kind of people, getting fucked over by the same type of employers, and ending up in the same destructive cycles as we’ve always been in.

As we grow older, it’s rarely as simple as learning that we should control our anger and not be rude because we had a fight with a friend. Or that we shouldn’t copy homework because we ended up learning nothing and sucking at our finals.

What happens when we end up having to deal with complex situations? Situations like being betrayed by a close friend or going off track with our diet by binging on junk food for the 6th time this month. What are the lessons there?

But while those might seem like legitimate solutions at first glance, they’re actually piss poor temporary fixes that stunt your growth, limit your experiences, and almost guarantees that you’ll experience those mistakes again.

Why is that the case? And if so, how do we find the right lessons to learn when we make mistakes? Here are some good pointers.

Look, it’s completely justified to call your close friend a dishonest asshole when you find out they betrayed your trust. But the problem is that it usually stops there. What this means is that in your head, you’re saying that everything was perfect and out of nowhere, your friend decided to screw you over. The end.

While there’s nothing really wrong with thinking that, what do you really learn from the situation? You learn not to trust that specific friend ever again and… that you “shouldn’t trust people that deeply anymore”? Now that’s just implementing a vague blanket rule to everyone you meet in the future. A rule that even you don’t understand. A rule guided by your feelings – feelings that got you where you are in the first place.

When the first guy I dated cheated on me, all I could think was how I literally didn’t do anything wrong to deserve it. How I put a ton of effort into the relationship. I remember thinking how I just can’t trust men ever again – a weird vague rule driven by emotions.

As you’d expect, that rule got broken once I met someone new and exciting who made me feel safe. Suddenly I realized all the little things that were missing with that first guy I dated. Things I didn’t notice and things I didn’t ask.

Looking back, it almost seemed obvious that he would do what he did. In fact, the more people I met, the more I learnt about what to pick up in a relationship and how to read a person. As a result, I started developing stronger relationships with people in general.

The Point: Whenever we get our trust betrayed by others, most of us just leave it at severing our ties and making vague, emotion-fuelled rules that we never really follow. Instead, we should look at it as an opportunity to learn how to spot dishonest behaviour early and find high integrity people.

2. Making action-based rules can only get you so far

Say you’re trying to lose weight but you keep screwing up and binging on junk food. I’m willing to bet that every time screw up, you make another action-based rule. Maybe you say you’re not going to have any junk food in the house anymore. Or that you’ll always eat a meal before going out with friends.

Now I’m not saying those won’t help. But you probably think these rules are like a fortress that protects you from your hungry, impulsive self. When in reality, those rules are thin ice that crack and give way as soon as you make an unexpected move.

I’ve been there. No junk food at home. No meals past 8pm. No eating out with friends. No sugar. And somehow I always find myself “cheating” on my diet again. And each time I did, I’d make an action-based rule thinking I’ve learnt my lesson.

But do you know when I truly started being in control of what I ate? It’s when I removed my list of rules and started looking into my relationship with food. Why was I so unable to say no to myself when it came to food? Why did I need everything I eat to be absolutely delicious?

I learnt how I constantly downplayed how many calories I was consuming, how I felt like if I don’t eat food that was in front of me, I’ll lose the opportunity to taste it again, how I felt like I’m “hanging out with myself” whenever I eat, and that loneliness made me drawn to eating food often.

Once I learnt all these little weird beliefs and hangups I had, I started developing conscious and healthy relationship with food. I started eating better than I ever had before all while not having any rules.

The Point: Making action-based rules is a fix that is much weaker than you realize. When you’re repeatedly making a mistake, it’s probably time to stop making more rules and start looking at what’s going on in your head that drives you to make the same mistakes.

A friend of mine once decided to try freelancing because his 9-5 job was paying him peanuts while draining the life out of him. He got a writing gig within a month and worked his ass off for over 3 weeks. But once he handed over his work and requested for his compensation, his client vanished into thin air. After 2 weeks of trying to chase his client down, he gave up and said he’ll never be freelancing ever again.

Now that’s certainly a lesson that will make sure he never gets uncompensated for his work in the future. So technically, problem solved right? If you never get to make the same mistake in the future, you must have learnt the right lesson.

Compare that to another friend I know who owns a couple of businesses that are thriving. This guy has dealt with numerous businesses failing because of untrustworthy partners, unforeseen regulation changes, and plain ol’ lack of experience. If his failures made him decide to stay away from creating businesses as a whole, he’d probably be a manager in a fancy cocktail bar right now, with a decent paycheck and a team of 10 under him. And while that job will be great for some, it would definitely leave him feeling unfulfilled.

But deciding to make another business after one has failed isn’t an easy choice. You’re going to be riddled with worries while wondering if the lessons you learnt from your failure are actually the right ones. But that’s just the price of pursuing big dreams.

Do you want to find an amazing lifelong relationship? You’ve got to keep dating and let yourself be emotionally available.

Do you want to not be tied down to a 9-5 that makes you feel unfulfilled? You’ve got to try new projects even if the last few didn’t pay out.

The Point: The right lessons will not make you feel safe, but they will never limit your opportunities.

So there you have it. A couple of pointers I follow whenever I find myself in unhealthy cycles and wondering what the hell I’m doing wrong. They’re not easy to implement and you’ll probably forget them from time to time, just like I do. But they’re here for you to refer to whenever you get lost and you feel like you’re making the same mistakes over and over.

Learn From My Embarassing Dating Mistakes

Subscribe to my newsletter where I share some of my more embarassing dating and relationship mistakes with way too much detail. Comes with the complimentary Tips, Actionable Steps, and Lessons Learnt so you can make sure you’ll never have to go through the same.